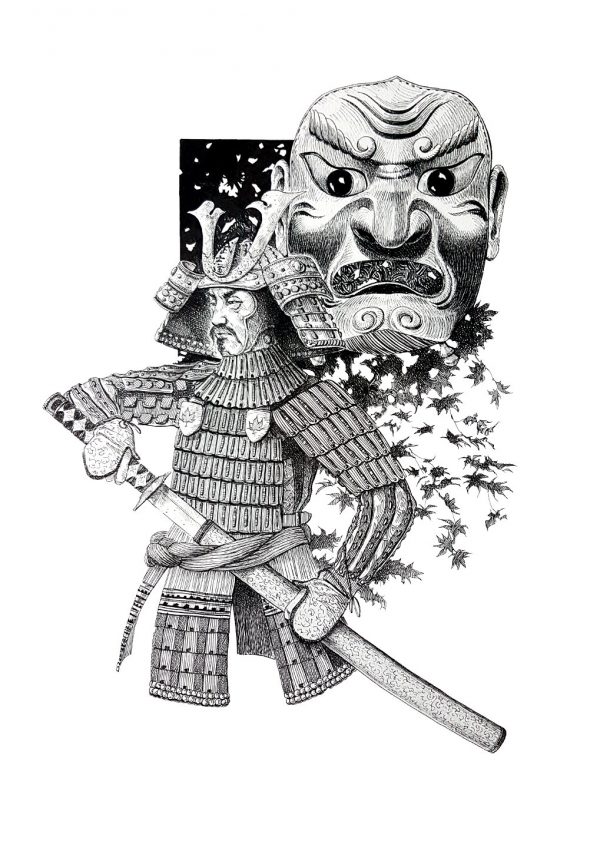 The Hagakure ink drawing is an original artwork by Miriam Tritto.

Original artwork by Miriam Tritto inspired by the book of the same name (meaning Hidden by the Leaves) written by Yamamoto Tsunetomo. This work of art has participated to Ultimi Samurai collective exhibition at Spazio Papel art gallery in Milano.

The book records Yamamoto’s views on bushido, the warrior code of the samurai. Hagakure is sometimes said to assert that bushido is really the “Way of Dying” or living as though one was already dead, and that a samurai must be willing to die at any moment in order to be true to his lady/lord.

His saying “the way of the warrior is death” was a summation of the willingness to sacrifice that bushido codified. Hagakure’s text is occasionally misinterpreted as meaning that bushido is a code of death.However, the true meaning is that by having a constant awareness of death, people can achieve a transcendent state of freedom, whereby “it is possible to perfectly fulfill one’s calling as a warrior.” 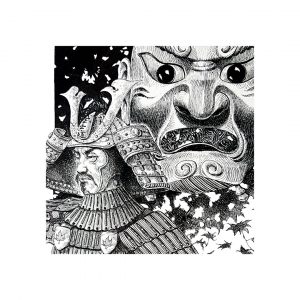 Be the first to review “Hagakure ink drawing” Cancel reply