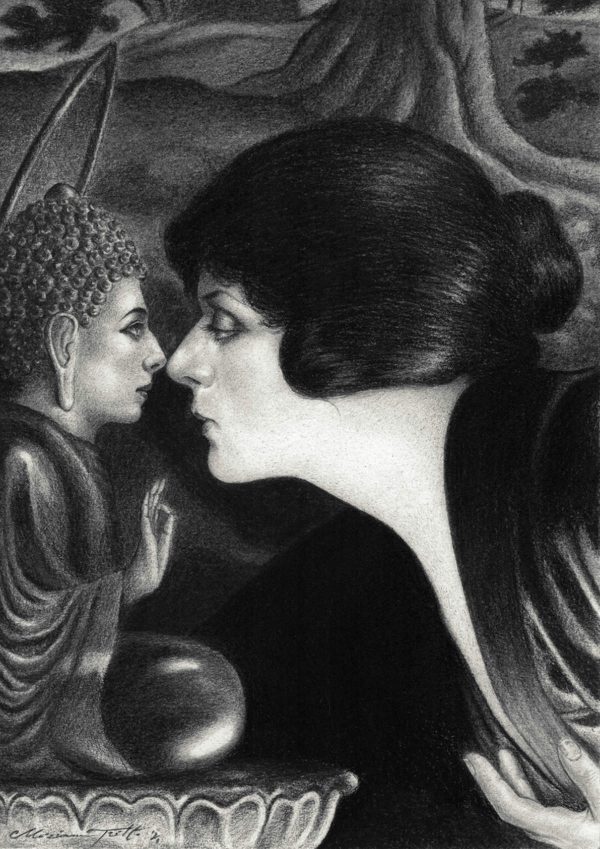 The Theda Bara charcoal portrait is an original artwork by Miriam Tritto. 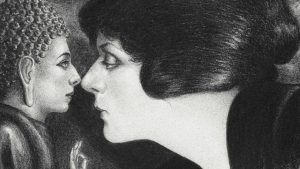 Original drawing by Miriam Tritto dedicated to the famous actress and protagonist in many of the silent movies directed by J. Gordon Edwards. This Theda Bara artwork reminds to The Soul of Buddha movie, a 1918 American silent romance film. This work of art has participated to Heart and Soul collective exhibition at Nero art gallery in Roma.

Fascinated by the lure of white robes and dancing, Bava (Bara) enters the Temple of Buddha. She is soon disillusioned and, yielding to the entreaties of Major John Dare (Thompson) of the British army, she flees with him and becomes his wife, incurring the enmity of Ysora (Kennard), high priest from the temple. A child is born to the two but is later found dead with the Buddhist death mark on its forehead. This withers the soul of Bava, who leads her husband around the globe in search of happiness.

Hardened by sorrow, she turns against Dare and bids him gone. At a Paris resort she meets a theatrical manager (Warwick) who is fascinated by her dancing. She accepts an offer to appear at his theater. At the night of her premiere her husband attempts a reconciliation, but is unsuccessful and kills himself in her dressing room. At the end of her dance Bava meets her death at the hands of Ysora. 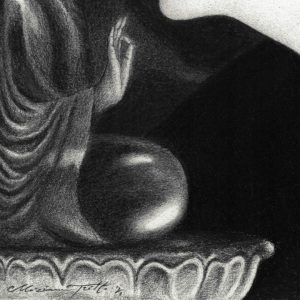